If you play primarily electric guitar and you want an audio interface to simply connect your guitar to your computer without asking too many questions and with additional options that could be useful to you, this article is for you!

The IK Multimedia iRig HD-2 is a high quality portable audio interface designed for guitarists and other musicians on the go.

It allows you to connect an electric guitar of course, but also any electric instrument, acoustic, synthesizer and to a computer, tablet or smartphone via Lightning, USB or mini-USB port. Nevertheless, you will not be able to connect a microphone in XLR 🙁.

It’s powered by the USB port, which will delight people who hate tangled cables or transformers that take up all the space on power strips! 😄

It comes with the AmpliTube 5 SE (For OSX and Windows) and AmpliTube for iOS (iPhone and iPad) guitar amp simulator to download from the IK Multimedia website (for free, instead of costing you $169 – €169! 🤯). This will allow you to play directly by connecting your guitar to your iPhone or iPad. Minimum footprint and maximum portability, pretty cool! 😎

Check out the video below to listen to the different AmpliTube guitar amps and effects: 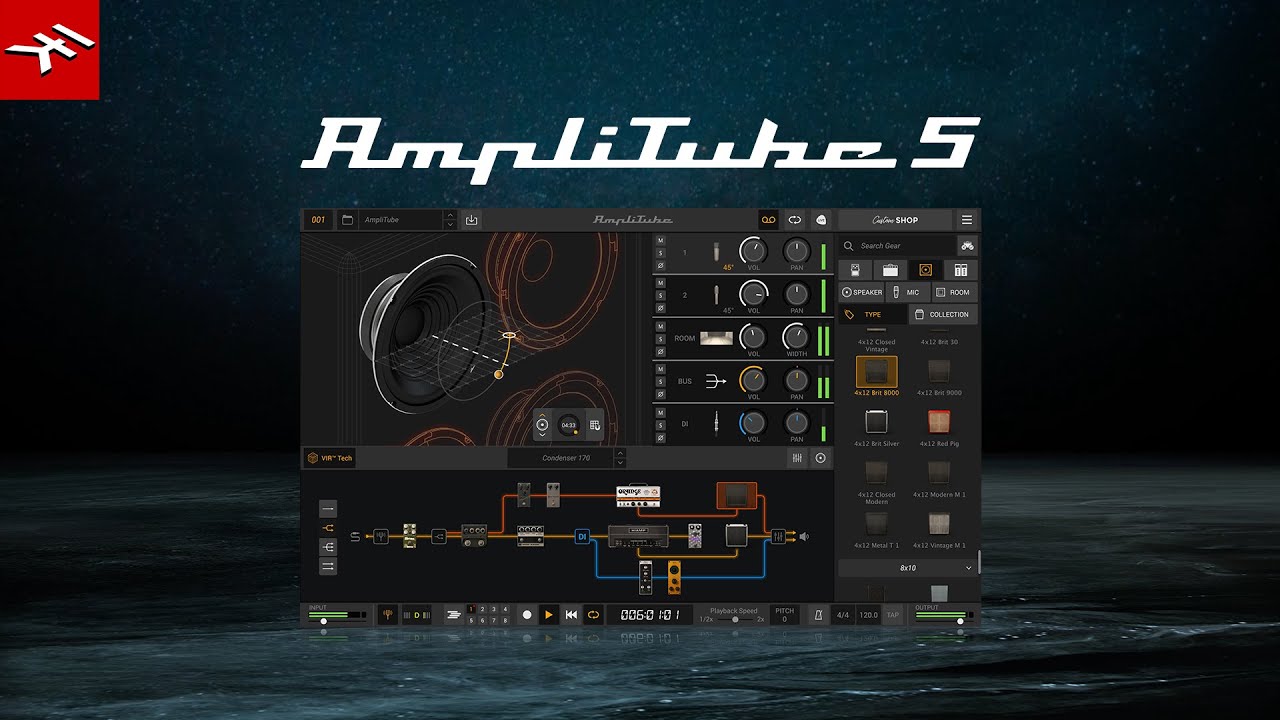 Something that guitarists will love is the amp output for using AmpliTube‘s effects (or any other effects processor) on your guitar amp! You can switch at will between the Clean sound (without effects) or with the effects you have on your computer, iPhone or iPad.

You can also hang it on a mic stand or something else with a scratch strap (to avoid it lying around 😅).

It has a guitar/bass input with pre-amp and a headphone output (quality!) with volume control. It offers 24-bit/96kHz audio quality (which is important for natural rendering) and is Mac, PC and iOS compatible. 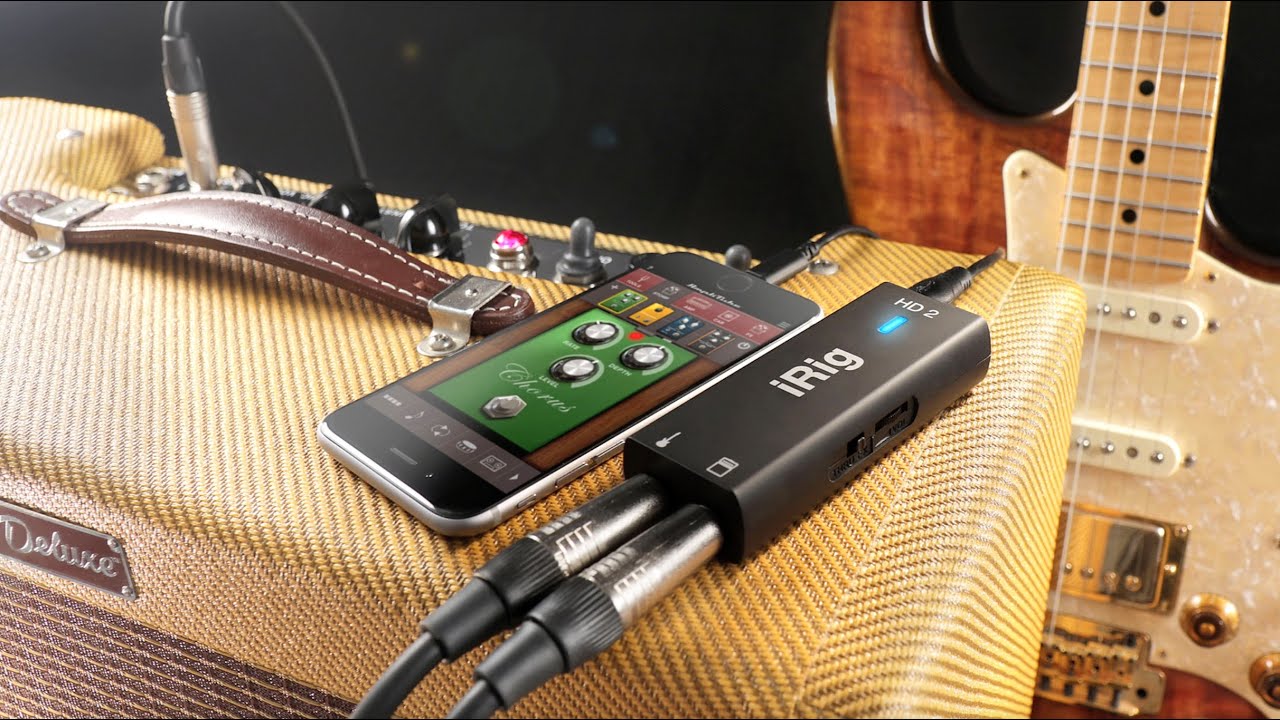 In the range above, there is the IK Multimedia iRig Pro I-O, still in 24 bits / 96 kHz, but with a wider range of connectivity. It has the same connectors (Jack, USB, Lightning) but also an XLR and MIDI input (in 2.5 mm mono jack)! So you can connect your electric guitar, but also an XLR microphone (there is a 48Vphantom power supply ) and even a synth via the MIDI jack! We could say that it has everything of a great 💪.

You will be able to power it either by USB, transformer (optional) or with two AA batteries 🔋 quite versatile and handy if you travel or go on vacation for example.

The interface is sold with AmpliTube 4 (Windows and OSX) and AmpliTube 5 SE to download on their site (with all the amp Gear , cabinet and effect is included with 😋!).

Definitely the smartest choice if you want to record a pianist friend or your singer girlfriend. It’s kind of a complete pocket interface! 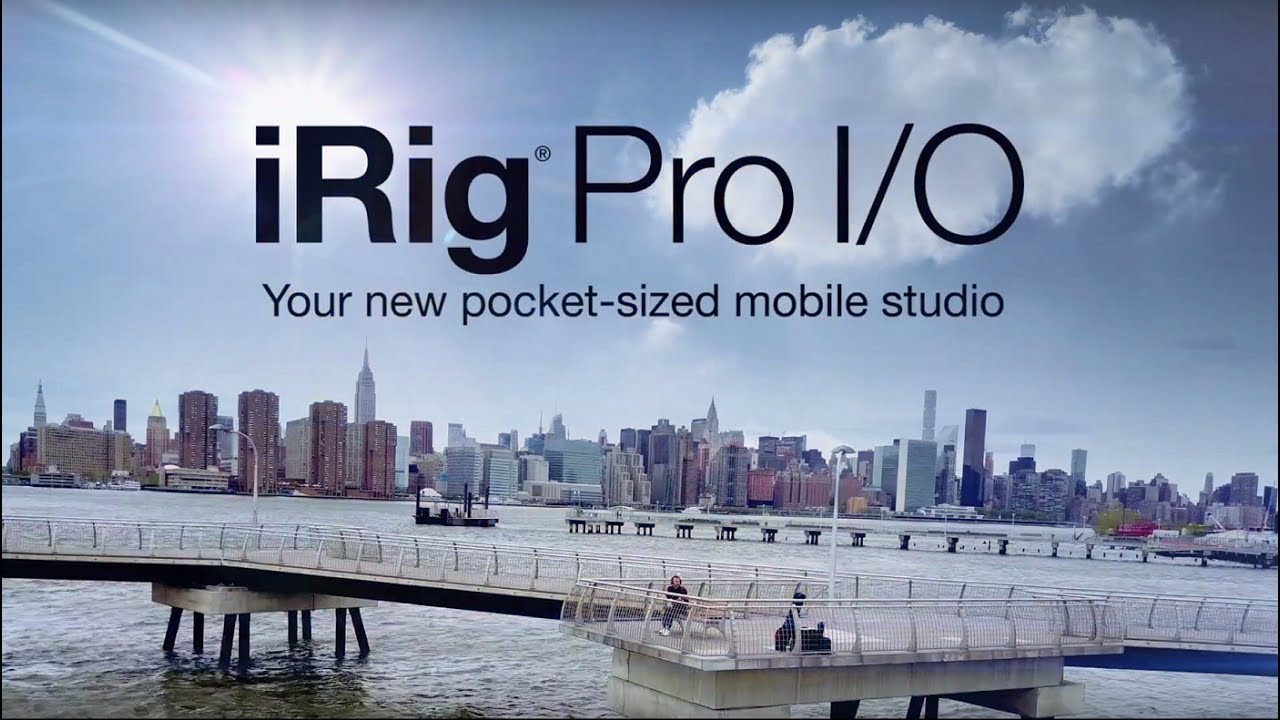 For the less wealthy among you, here is the TC-Helicon GO GUITAR, also designed for guitarists, will allow you to connect your electric guitar 🎸 or other instrument in Jack to a computer, tablet and smartphone via USB or Lightning.

Just like with the compact guitar interfaces from IK Multimedia, the TC-Helicon GO GUITAR is sold with an amp simulator for iPhone and iPad, named Guitar Rack with multiple guitar amps and effects. 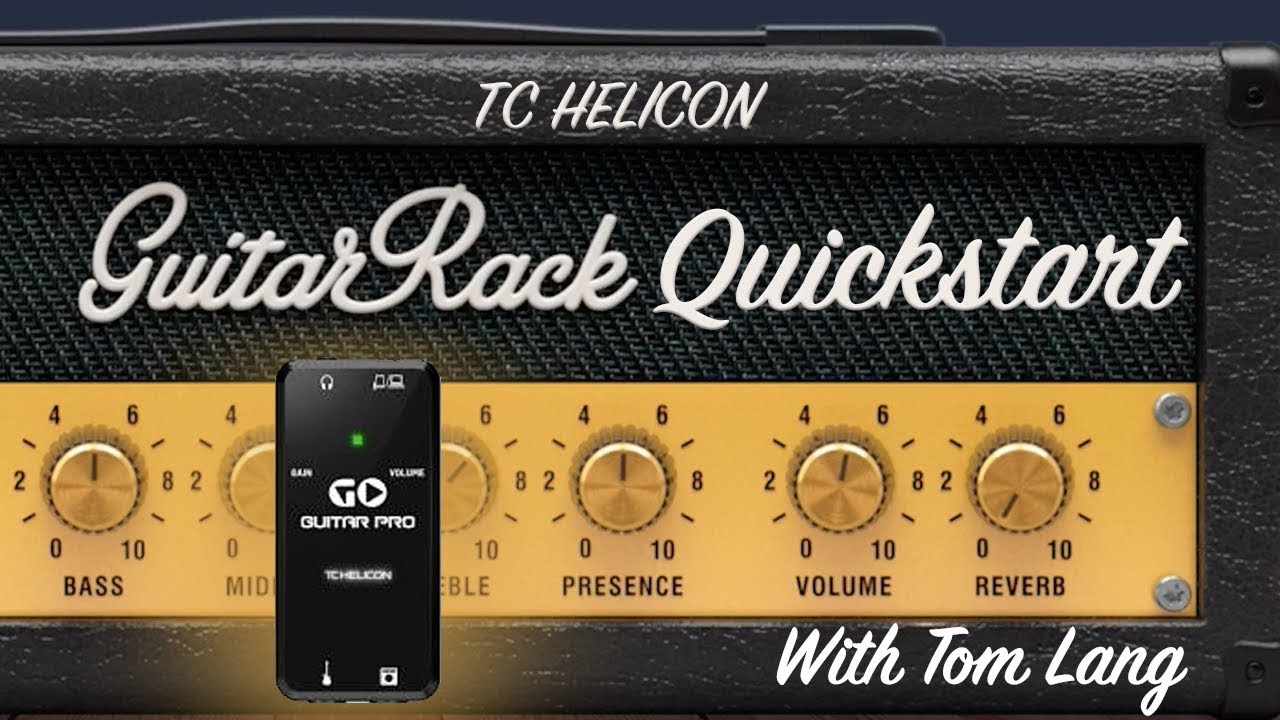 Additionally, you’ll be able to plug your guitar amp into it to play at full power using the interface’s amp output, but you’ll apparently have to unplug the headphone jack 🤷🏻. A Switch will allow you to toggle between the Clean sound and with effects.

Its biggest advantage is its price, approaching $20 – €20 only 🤑 ! Definitely the most affordable interface on the list. Recommended for beginners or occasional players.

👁️👁️
link to What is a Convolution reverb ?