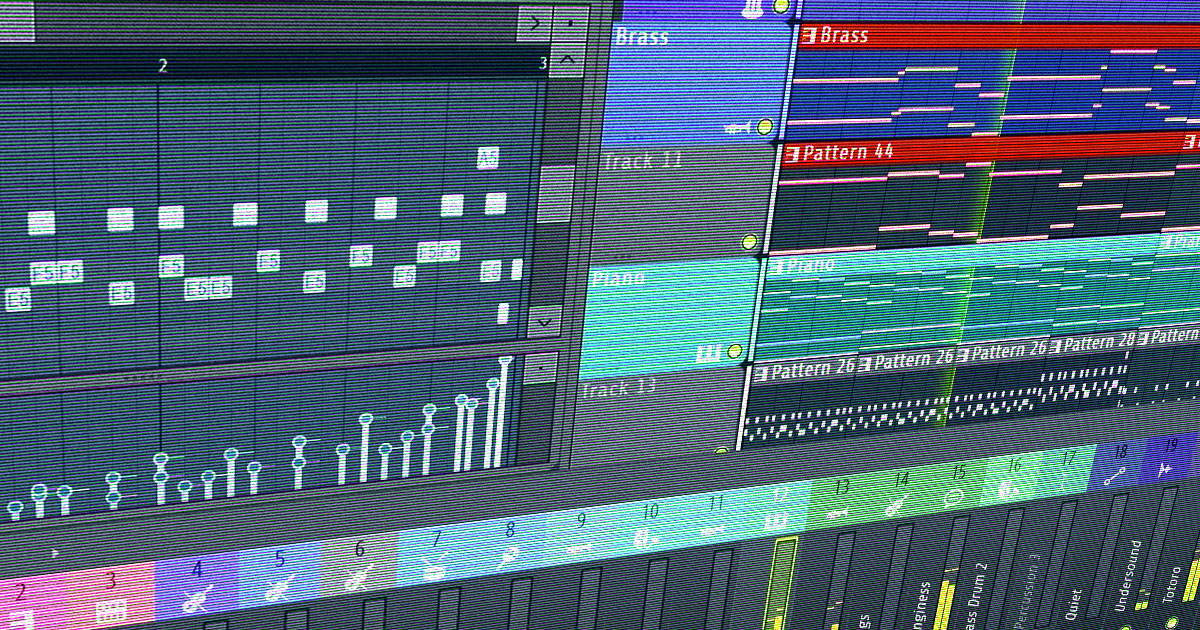 It’s easy to get lost among all the sequencers on the market and some of them seem quite complex with way too many buttons and functions! Among the choices available, what is the best music software for beginners?

GarageBand is considered as the most accessible DAW for the general public. However, it remains limited in terms of features and is only available on Apple platforms. It is free and can be downloaded from the Apple App Store from OSX 11.5 for Mac and from iOS 15 for iPad and iPhone.

To get started, it’s best to start with a good foundation. If you are not on a Mac, if you are on Windows, Linux or even if you use a tablet. Here is a non-exhaustive list of sequencers compatible with several platforms:

Developed in Germany by a small team and released in 2009, Bitwig Studio is very reminiscent of Ableton LIVE with its modular interface, but also its optimization for playing on stage. Its resizable panels allow it to adapt to any display as well as to touch screens.

It was voted best sequencer of the year in 2017 by ‘Computer Music’ magazine.

Beginners will be able to start composing electronic music or other styles without having to use a sequencer that can be a bit intimidating because of their too many functions and buttons like Ableton LIVE.

Among the standards, there is Ableton LIVE. Used a lot by electronic music producers (like David Guetta, Skrillex, Diplo or Marshmello), it has become very popular in the professional world over the years.

It is designed to be fast and stable, and is often used on stage with MIDI control devices

The strong point of this sequencer is that it allows you to play live without having to use pre-recorded tracks played back in the sequencer (which is not reassuring). But rather rows of interchangeable loops called “Scenes”, thus facilitating the musicians’ stage performances.

Its interface is resizable and customizable, you can even change the color, handy if you work at night and don’t like bright lights

There is no free version, except for the LITE version which is only available with the purchase of a device or application providing a download code.

Compatible with Mac and Windows, three versions are available:

With a classic interface, without modern features (Loop triggering system for example), Reaper will satisfy most of the needs of budding composers without confusing them with buttons everywhere they will never use.

It is similar to ProTools or Cubase in the arrangement of its various tools and remains quite light visually.

Some composers will nevertheless be a little frustrated not to find functions dedicated to electronic music composition and that it has rather few effects and integrated instruments.

There are two licenses available depending on your use:

Music Maker is the perfect example of a simple and functional interface that will delight beginners. The software is translated into several languages including French, German, Spanish and Italian.

The software is quite light, so it can run on small PC configurations and will not limit you in your creations. It offers pre-recorded instrument loops, which will save you time and may give you ideas for your compositions.

The free version will allow you to test the software on your machine as well as familiarize yourself with the sequencer and various functions before investing in a paid version.

Formerly known as ‘Fruity Loops‘, FL Studio has made a name for itself in the competitive electronic music-focused sequencer scene

Producers such as Avicii, Afrojack, Tyler The Creator and Madeon use it for their musical productions.

Its design and colorful interface is full of functions and effects that are complete enough to cover all scenarios.

The sequencer is not always very intuitive and you can sometimes get lost, but fortunately, many tutorial videos are available on the internet

It should also be noted that the software is only in English, which will bother many people. The quick guide is however translated into French, German and Spanish

There is no free version, but a trial version can be downloaded from their site. It allows you to use the full version (‘All Plugins Edition‘) and it will be possible to save your compositions, but not to open them before buying the full version.

There are no less than 4 different versions of the software:

As mentioned in the introduction, GarageBand is still the most used tool by beginners on the Mac. But it is also the most installed sequencer in the world! In fact, GarageBand is part of Apple’s‘iLife‘ software suite, pre-installed on all Macs when purchased.

Also available on iPad and iPhone, and having a sound library among the most provided free sequencers, it also has guitar amp simulations, which will delight guitarists.

Another advantage is its inter-compatibility, not only between iOS/OSX versions, but also with Logic PRO which is the ‘big brother’ of GarageBand. It is thus possible to write down an idea in GarageBand and to finalize it in Logic PRO.

There is only one version of the software, the interface will differ depending on your platform (iOS or OSX).

link to How do I clean up noise from an audio recording?

You just finished recording a perfect vocal line, but unfortunately, there are some noises that ruin your recording 😟. A neighbor running the lawnmower, a barking dog or a ringing phone and your...

👁️👁️
link to How to use VST plugins in GarageBand?

Is there a way to use VST plugins in GarageBand or any other non VST compatible sequencer? Yes, that's what we'll see. GarageBand is not natively compatible with VST plugins, but it is possible...