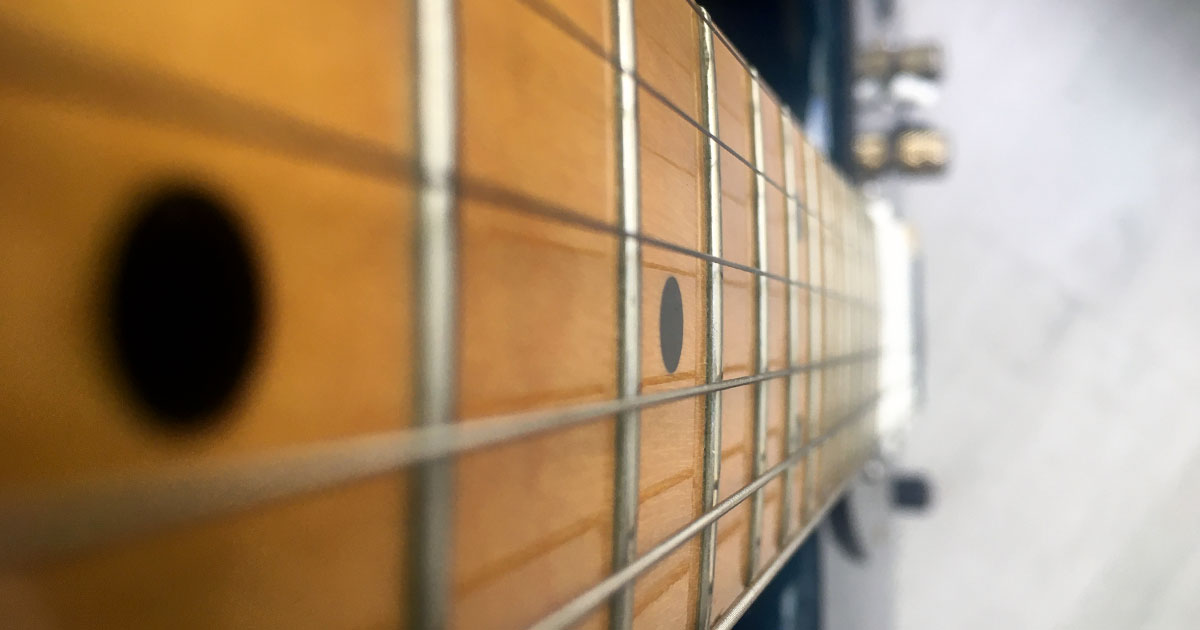 Want to connect your electric guitar to your computer, but don’t know how? Here are the steps to follow, get your picks!

The connection of an electric or electro-acoustic guitar to a computer is done through an audio interface with a 1/4 Inch jack input with preamplifier.

What is an audio interface?

The audio interface is an audio input and output device, it converts analog signals to digital so that the computer can process them. Most audio interfaces also have analog outputs for connecting an amplifier or headphones.

The quality of the converters is paramount in sound rendition, both in analog-to-digital (“A/N“) conversion, i.e., from your guitar to the interface, and digital-to-analog (“N/A“), i.e., from your interface to your speakers or headphones.

There are a wide variety of audio interfaces with all sorts of different connectors and at various price ranges for any type of user. If you don’t have one and want to buy one, a search after estimating your needs will be in order to avoid problems and potential future frustrations.

The 1/4 Inch jack is a connector used to connect any type of instrument, from electric guitar, to electric violin to bass, or even a synthesizer. Since the instruments are Mono for the most part (one channel only), you will need to use a Mono Jack, meaning that there will be only the signal (at the head of the connector) and the ground (the base of the connector) separated by a black ring.

The 1/4 Inch jacks are also used to connect headphones and active speakers (speakers with built-in amplifiers) with the difference that these cables are Stereo (with 2 black rings).

What is a preamplifier

According to Wikipedia, a preamplifier is a device for adjusting the level of a low-intensity signal, in this case, before it is converted to digital through the analog-to-digital converters of the audio interface.

The quality of the audio interface’s preamplifiers and analog-to-digital converters will also play into the quality of the sound, the better your interface, the more defined your sound will be and the more faithful it will remain to the original sound. Like sunglasses, the cleaner they are, the clearer you see.

How do I plug in my acoustic guitar?

Unless your acoustic guitar has built-in pickups (making it an electro-acoustic guitar), you won’t be able to plug it in. Nevertheless, you may well use an external or internal guitar pickup(s).

There are several types of mics you can use for an acoustic guitar:

Dynamic mics are often used to capture the sound of a guitar amp or for stage use, as they are less likely to cause feedback (a sound loop between the monitor and the mic). They do, however, need to be used close to the sound source.

They are for the most part a cardioid type of directionality. That is, they capture only the sound facing the microphone diaphragm, which helps to isolate the sound of the instrument or voice from the rest of the sound environment.

The preferred location is at the neck joint for a balanced sound. This will have the advantage of not getting in the way too much during your musical sessions.

Among the most widespread and used models is the Shure SM57 and SM58, which have become over time sure values of the sound recording, but also of the scene thanks to their robustness and their fidelities.

So you’ll want to make sure that the room you’re playing and recording in isn’t noisy (a scooter passing by on the street, the washing machine running, dogs barking, etc). But also that you use headphones and not your speakers to hear yourself play, because feedback can take quite quickly. Beware of scares!

Some condenser mics can switch to several different polar patterns using a switch on the mic and they all use the XLR connector.

The static micro requires a so-called ‘Phantom‘ power supply of 48 Volt. Power is supplied via the XLR cable and the audio interface by activating the power supply (‘+48v’ button). Note that activating your Phantom power supply while you have a condenser microphone such as an SM58 plugged into it will not damage your microphone or interface in any way, but will not provide any benefit.

Piezo microphones (more commonly known as Piezo) are technically not microphones, but sensors and generally sound quite clear (too clear for some). They benefit from an advantage since they are not likely to capture the surrounding are.

In fact, the technology is not the same as static or dynamic microphones that capture variations in sound pressure, piezo microphones are solid material vibration sensors. You can sing as loud as you want, the piezo microphone your acoustic guitar will not capture the sound of your voice. However, these mics will still be sensitive to strong vibrations, especially during a concert.

The Piezo pickup may already be built into an electro-acoustic guitar under the bridge saddle (the thin white bar that supports the strings at the body). It can also be added and glued to an acoustic guitar (one or more small discs to be glued to the guitar’s top) and is usually plugged into a 1/4 Inch jack.

The placement will be at the rosette of the guitar using clips on the sides of the pickup. Some of its pickups have multiple pickups of different technology allowing for varying sound. Note that the pickup will be sensitive to surrounding electro-magnetic disturbances, just like electric guitars (transformer, screens, amplifier, etc).

Acoustic pickups, whether dynamic or static, are usually used on the outside of the instrument, but there’s nothing to stop you from installing one inside your acoustic or classical guitar. The sound will obviously not be the same as outside the guitar, but will be no less good for it.

The downside is that they use a 9 volt battery preamp, which requires you to install a small box in the guitar to put the electronics in, and you won’t be able to move the mic once installed, unlike an external mic.

How can I get a guitar amp sound on my computer?

Once you’ve plugged your guitar into your computer, you’ll definitely want to play. But if you’re playing an electric (or even acoustic) guitar, you’ll only get the pure sound of your guitar, not the sound of a guitar played on an amplifier.

Some publishers provide software that allows you to use their amp simulator without having to go through third-party software, making the process easier, faster, and less taxing on computer resources than with a sequencer.

‘Guitar Rig’ is among the most common amplifier simulation plugins, but there are a good number of them. Some plugins have a greater use of computer system resources than others, but often have more convincing results.

link to How to make music for free?

Are you new to computer music and want to start without spending hundreds of dollars? Don't worry, it's quite feasible. We will see here the sequencers, plugins and free software that will allow you...

👁️👁️
link to How to use VST plugins without a DAW?

You just bought a virtual instrument or a VST guitar simulator, but you're tired of having to launch your DAW (sequencer) each time to play? There is a solution for everything! It's not very...